Sprucing up US Hotel Breakfasts 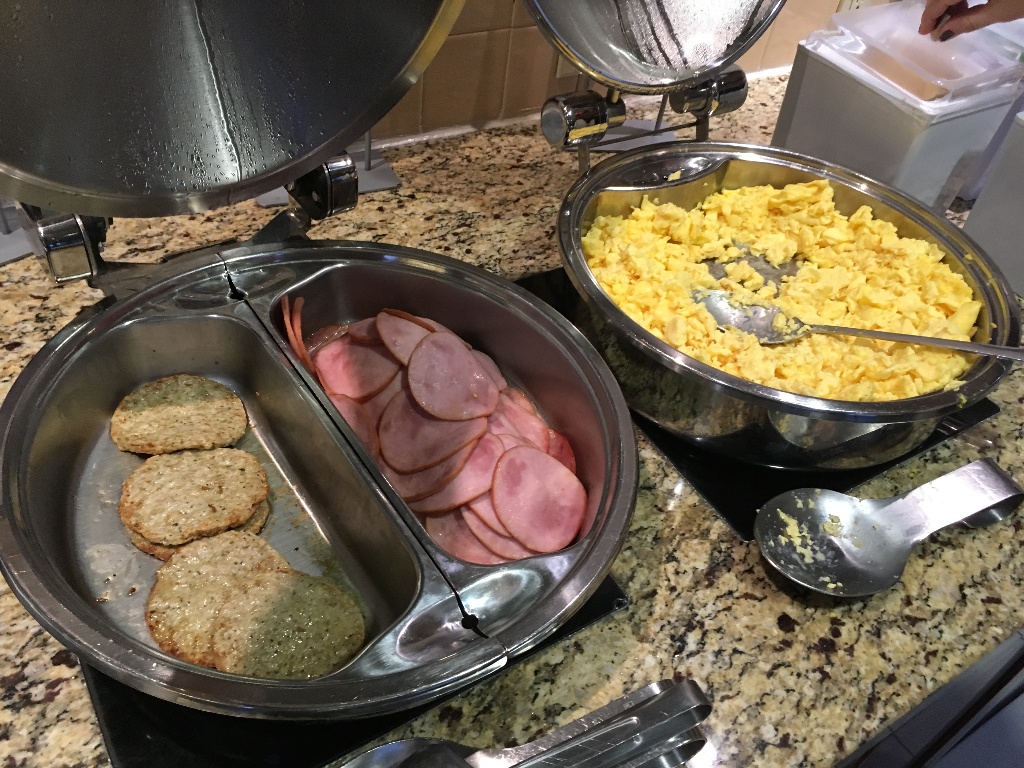 A typical hotel hotel breakfast in the US usually consists of some prepackaged bread, reconstituted powdered eggs, some breakfast cereals, drip coffee, milk and condiments. Sometimes there is bacon, sometimes there is chicken or pork sausage, and sometimes hard boiled eggs.

Notice that I’d mentioned powdered eggs above. Powdered eggs are simply cheaper than their non-powdered equivalents and if you’re making scrambled eggs, look pretty similar. From a hotel or restaurant’s perspective, they’re less expensive, don’t require refrigerated storage and have a good shelf life. On paper, they have the same nutritional facts, but they don’t taste exactly the same.

If you want an egg that hasn’t been reconstituted and there are hard boiled eggs, then eating one of those is your best bet.

If you don’t have that option, I’ve found that adding a single-serve 5g butter cup (usually near the bread) and letting it melt into the eggs helps a lot with the taste. This trick works with chicken sausage as well. Also remember that this stuff is usually not seasoned either, so a little bit of salt and pepper go a long way.

Butter is also handy if there happens to be a waffle maker. If you have some way to melt the butter, adding about 10g of butter to the cup of waffle mix helps the flavor a lot.

The toaster is also your friend, even for things that you wouldn’t normally toast. When you toast something, even if it’s prepackaged, usually you’ll get a bit of a maillard reaction. This makes whatever breaded thing you’re eating at least taste more palatable, even if it’s something like a prepackaged danish or a mini-croissant.

I’ve written a bunch on traveling with coffee, but sometimes it’s just not in the cards. Icing coffee goes a long way for making drip coffee taste better, especially if you can add some actual cream or half & half on the top. Note that this will double the volume of coffee, so you may want to drink two cups to get your caffeine fix. 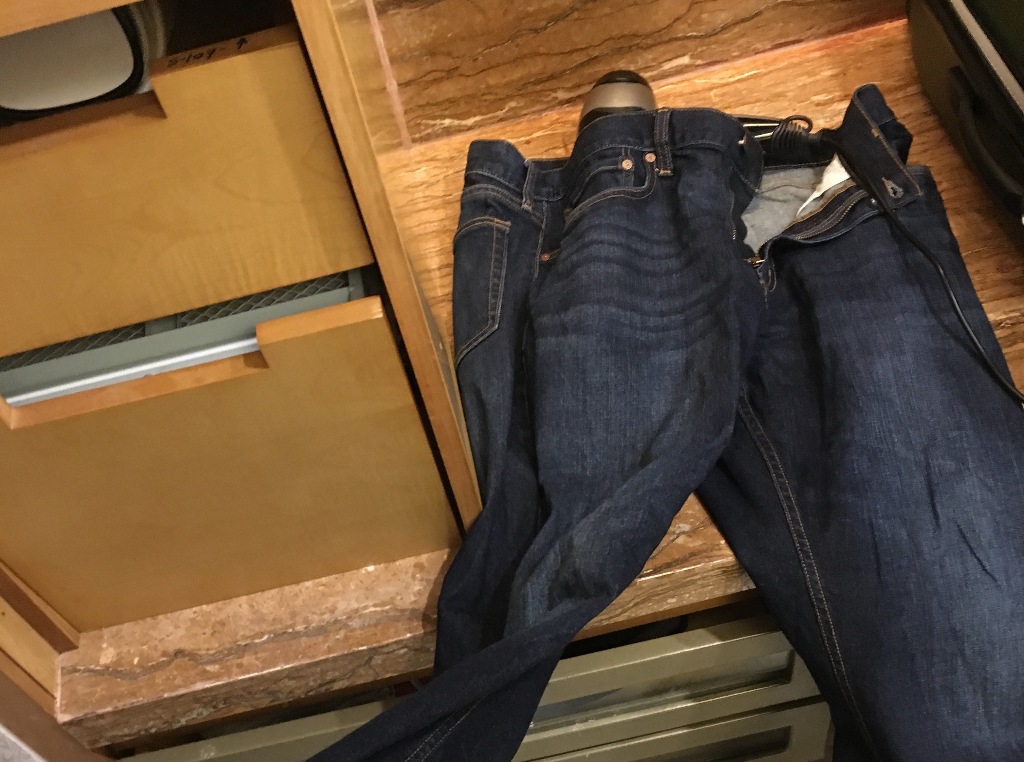 Toll Tags in the US

Depending on where you’re visiting in the US, toll tags might be an unavoidable part of driving. Furthermore, it can be tricky to know which toll tag you need for what part of the country.